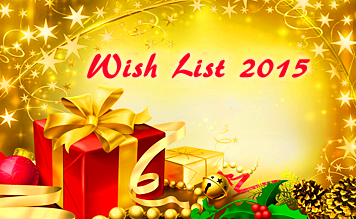 [Click here for the spoiler & a little speculation]Question: Any Supernatural spoilers? —Erica
Ausiello: The Jensen Ackles-helmed Season 11 premiere* is titled “The Bad Seed” and now I know why: It marks the introduction of Amara, a femme fatale in her late 20s who possesses an acid tongue and a seductive beauty. The fearmonger is new to Earth and is so not impressed with the place. That doesn’t stop her from sticking around; she’s set to recur throughout the season. Not-So-Crazy-Theory: When The Darkness was released in the finale, this badass came with it. (*Even though the installment is numbered 1101, Supernatural episodes regularly air out of order — meaning, it could be the second or third ep of the season.)


Looks like season 11 has some female characters as big bads. ;)
Rowena (who has the book of the damned now) & Amara. She seems to be the vessel for the darkness.
I wonder if the darkness has more vessels like the Leviathans or just one?

Not much episodes left till the season 10 finale and after watching episode 16 yesterday I´ve got some new theories. :)

[Theories under the cut]I´m really excited about a Grand Coven vs. MOL storyline.
Now Rowena knows Sam & Dean are the last survivors of the Men of Letters and they´re standing between her and her power source.
Maybe she will get Sam to make a deal with her? A spell to remove the MOC in exchange for the power of the Grand Coven.
Sam is desperate enough and Jeremy Carver said he will go down a dark path. Could this mean Sam will use dark magic? (Spoiler: Rowena has scenes with Sam in episode 19 ^^)
Would make sense. He has been shown to be interested in witchcraft last season and Sam has a lot similarity to Henry.
I really can see the writers going this way... and I WOULD LOVE IT!!!
Oh and if Sam starts doing dark things like that I can see MOC!Dean feels he has to stop Sam.
The influence of the mark would fuel his anger and he could try to kill Sam.
Hopefully he won´t because brotherly love is much stronger than the influence of the mark. ;)
PLEASE SAM!!! PLEASE SAVE YOUR BROTHER THIS TIME!!!

I hope the Grand Coven vs. MOL thing is the story that goes into season 11 (with a markless Dean).
I also would love to get Henry back for some episodes.
In episode 16 we´ve learned there are more then one bunker.
What about bringing back Henry from the dead and make him the leader of one of those bunkers?
Would also make a great spinoff BTW. ;)

And bringing Abel into play would be amazing as well.
In next weeks episode "Inside Man" Sam & Cas need Bobby´s help in heaven.
Maybe they´re trying to contact Abel and Bobby needs to find him?
What else could Sam & Cas want from heaven that helps saving Dean?

I wish some or all of my theories will come into play somehow + I NEED A LOT BRO LOVE IN THE FINALE. I`m sure it will kill me but I want a broment in the finale that rips my heart out. Thanx!

That´s all for now. Let´s see what´s coming up next for our boys :)

I´ve thought a lot about what´s coming up next for Sam & Dean.
Until now I have two theories and I wanna share them with you. :)

In episode 10 "The Hunter Games" we got the riddle "The River Ends at the Source".
What if the source is Lucifer and Abel was possessed by him when he gave the mark to Cain??? O____O
It would make sense. It could mean Sam is the only one who is able to remove the mark because he´s the descendant of Abel.

I also think to remove the mark the brothers have to withdraw the deal Cain made with Lucifer.

"Abel wasn't talking to God. He was talking to Lucifer. Lucifer was gonna make my brother into his pet, I couldn't bear to watch him be corrupted, so I offered a deal — Abel's soul in Heaven for my soul in Hell. Lucifer accepted... as long as I was the one who sent Abel to Heaven. So, I killed him. Became a soldier of Hell — a knight." - Cain (S09e11)

So maybe Sam has to accept his dark side!?
It could happen because Jared mentioned at HousCon his demon side is still there and maybe we will see it... OMG!!!


Oh and then we have this spoiler here from Jeremy Carver:

I also would like to see Sam using witchcraft to save Dean. Witchcraft seems to play a big role this season. I want Sam to learn some spells like his grandfather Henry did. :3

For me it sounds like SAM is the one who saves Dean. I REALLY HOPE IT´S HIM! This time it´s his turn. Please don´t disappoint me show. 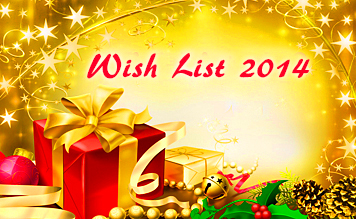 katwoman76 at WARNING: You have been infected with the Croatoan virus
Originally posted by

amber1960 at WARNING: You have been infected with the Croatoan virus
Originally posted by

caranfindel at WARNING: You have been infected with the Croatoan virus
Now that you've seen this, you're infected. Please put this on your journal as a warning to way to infect others. Let's see how quickly it spreads to the entire Supernatural community.

ETA: unless you are Sam Winchester - in that case you are immune. But chances are that Luci is currently wearing you to the prom, sorry.

I have some theories about the new characters in S10. :)

Check them out HERE
Collapse